Miltek in Greenland: Helping Residents to Minimize Their Waste

GREENLAND: Residents in Greenland have undertaken a unique new waste management process aimed at reducing the volume of their waste, in coordination with the local authority. 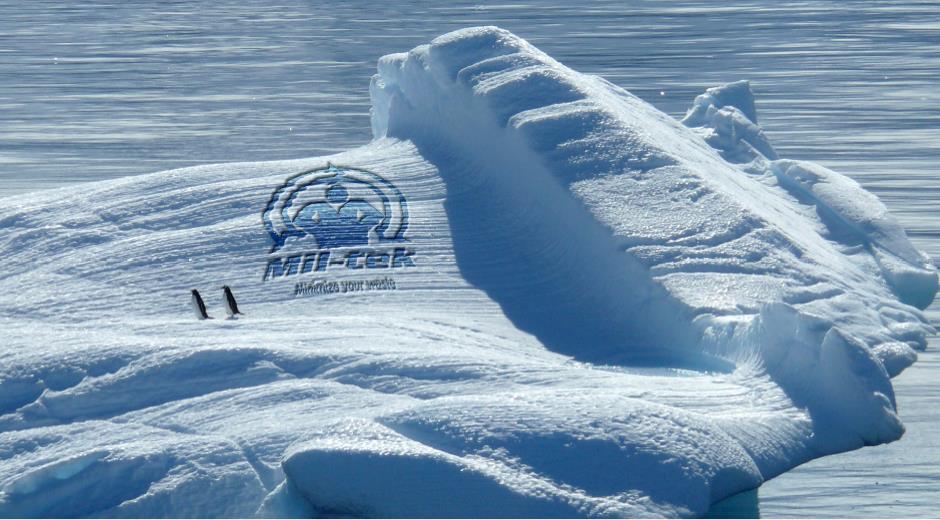 It is the Danish-Norwegian Viking, Erik the Red, who is credited with the discovery of Greenland. Although the land was populated by Inuit tribes long before his time, Erik the Red is, like Columbus after him, given credit for Greenland’s discovery and naming. Erik was a bad-tempered, redheaded Viking, who had previously been expelled from Norway (at that time part of Danish Kingdom) for killing two men. He tried to settle in Iceland without success and – having heard-told of another land to the north-west – he decided to go looking for it.

Arriving in the summer of the year 982 Erik the Red named the land he found Greenland:  had he arrived during the wintertime it would undoubtedly have been a very different story - especially due to the fact that Iceland had already been discovered and named…!

Greenland is the biggest island in the world without being a continent, covering 2,166,000 square kilometres it is a truly vast and enormous place, made even more so when you realise that there are only about 60.000 people living there.

Today Greenland is an autonomous, self-governing country under the Danish Kingdom.

Like elsewhere in the world, in Greenland there is a growing demand for protection of the environment, and a willingness to minimize the impact the population has on this natural landscape. In Greenland, where the effects of climate change are palpably felt, the sense of urgency and effort to affect this change is greater than in many other countries. Because of the small size of the community and this effort to reduce the collective carbon footprint, the effort is shared among the residents and the local government. One of the most significant elements to this minimization is in the waste handling processes.

It was therefore in late spring of 2014, Miltek Denmark were contacted by the Municipality of Nuuk, the local authority in the capital city of Greenland, who were looking for better waste management solutions for the small Inuit towns and communities along the west coast of Greenland. The municipality purchased one XP200 Compactor for initial on-site testing, which allowed them to experience a new way of waste management handling. Within a short period of time, and having experienced the benefits first hand, the municipality ordered three more XP200 compactors.

Ole Slumstrup of Mil-tek Denmark spoke with Ivan Falck Petersen directly, representative of the Municipality of Nuuk to find out more about how this new undertaking has been working out.

Traditionally the waste produced in these towns was dispatched to a combusting plant in Nuuk where it was then incinerated. The municipality had not considered a large-scale compactor due to the relatively small volume of waste being produced. However, the small-footprint compactors from Mil-tek were ideal for their needs. They compact medium volumes of waste, reducing the volume and frequency of collection. They also encourage sorting of waste, allowing for baling of cardboard and plastic, a process that further reduces waste and increases recycling.

They started compacting waste in Paamiut at the end of January 2015. They expect 1 x 20ft container will be shipped to Nuuk every second week. The new system is low-tech with simple operational conditions, extremely user-friendly and therefore well suited for handling in small communities as well as bigger ones.

In Kapisillit, the new system of using Mil-tek balers and compactors increases the sorting –and by extension the recycling – of waste and makes the community less dependent on the combusting plant. Previously we incinerated a larger amount of waste, which is very expensive in operation and maintenance. The new waste management system was launched at the end of October 2014. The first transports to Nuuk was on the 18th of January 2015. The operational experiences will be evaluated on a week-to-week basis for further optimization.

In the principality of Sermersooq, waste material is compacted at two locations: in the small Inuit town of Kapisillit and in the city of Paamiut. At both locations, the daily waste material is pressed in XP200 Compactors and then shipped to the combustion plants in Nuuk where the waste is incinerated. In Kapisillit, XP plastic bags of compacted waste material are packed onto skids with frames.

This new setup was launched in the end of October 2014. The first deliveries to the combusting plant in Nuuk was in middle of January 2015. Thus far, two skids have been shipped every week.